5 Joshua told the people, “Consecrate yourselves, for tomorrow the Lord will do amazing things among you.” 6 Joshua said to the priests, “Take up the ark of the covenant and pass on ahead of the people.” So they took it up and went ahead of them.7 And the Lord said to Joshua, “Today I will begin to exalt you in the eyes of all Israel, so they may know that I am with you as I was with Moses. 8 Tell the priests who carry the ark of the covenant: ‘When you reach the edge of the Jordan’s waters, go and stand in the river.’”

14 So when the people broke camp to cross the Jordan, the priests carrying the ark of the covenant went ahead of them. 15 Now the Jordan is at flood stage all during harvest. Yet as soon as the priests who carried the ark reached the Jordan and their feet touched the water’s edge, 16 the water from upstream stopped flowing. It piled up in a heap a great distance away, at a town called Adam in the vicinity of Zarethan, while the water flowing down to the Sea of the Arabah (that is, the Dead Sea) was completely cut off. So the people crossed over opposite Jericho. 17 The priests who carried the ark of the covenant of the Lord stopped in the middle of the Jordan and stood on dry ground, while all Israel passed by until the whole nation had completed the crossing on dry ground.

When were you in too deep facing a flood? Is that today?

How can we just walk in?

What Can We Pray About?

2. What does the timeline of a typical workshop day look like?

3. This series of workshops will provide you the opportunity to grow in a fun, safe and supportive environment. How and what you decide to implement into your classroom is up to you–personalized learning at its best!

4. On our final workshop day, we will gather together for what we have dubbed “Celebration Day”. This particular session’s format is unique among the others in that each of you will share some of the ways in which you implemented your ideas or projects to enhance your teaching and student learning. Think of this as a mini-conference where each of you will have 10-15 minutes to share with the group how your TEC21 experience has impacted your classroom. It’ll be among friends so there’s no need to get worked up about it. Here’s an outline to guide you in your planning – “Celebration Day”. You can share your learning with the group in any way you choose, but we’ll have you start a Google Slide today just as an option. Then if you end up presenting in this way you can add to your slides throughout the school year and avoid the pressure of having to develop a presentation toward the end of the program! Again, remember this is a low-key, no pressure, fun day to share with each other our successes (and yes failures) as well as aspirations you might have for things you want to do the next school year!

5. Are you needing college credit to renew your teaching license? If you are, then you can receive three graduate-level credits at the end of our program through Concordia University, Nebraska. There is no additional work that is above and beyond what you’re doing anyway from month to month so it’s just an added bonus to get credit for your TEC21 experience. Here are the details:

We look forward in Workshop #1 to begin getting to know each other and taking a high-level look at the TEC21 ministry.

1. Discover TEC21’s vision and mission – what we do, how we do it and most importantly why we do it.

2. Boost your professional learning network by connecting to the TEC21 Educators Group on Facebook.

4. Explore and discover Google educational applications for the classroom. We’ll learn best practices from each other by sharing how we use some of these resourceful tools in our classrooms.

Facebook Group: Engage with TEC21 Educators going all the way back to “Season 1” to ask questions and share ideas to support one another (We’ll be taking a much closer look at his one today as this is how we provide support to you outside of our face-to-face sessions!)

Pinterest: Follow TEC21’s collaborative board and we’ll invite you to pin along with hundreds of other teaches on the shared board! If you don’t receive an invitation, be sure to let one of the facilitators know so we can add you as a collaborator.

Check your email to request to join the TEC21 Educators Group!

We’ve created this group for TEC21 Teachers and TEC21 Facilitators. Why should you join this group? Because building your professional learning network is vital in teaching today to connect, share, inspire, grow, and support one another. This Facebook group affords us the ability to extend our learning and support beyond our face-to-face workshop sessions. It also enables us to connect all of our TEC21 educators in each of our innovation centers with one another as well as with past TEC21 Teachers. It’s an excellent way for us to remain connected and to support one another for many years to come. Check your email for a link to join. Brent and Helena are online ready to approve your request to get you in!

You mean you haven’t tried voice typing yet?

You mean you don’t use Photo to Doc – Doc to Form?  Make worksheets disappear?

Or just the Google Search Bar

Yes, the search bar is a graphing calculator! (or Desmos)

Or your first day with Google Classroom

Make it, take it – Let’s create a Google Form!

I have tried many; these have stuck:

What did/do you use? Zoom/ Meet/ Classroom?

What aspects of digital citizenship need to be addressed before each online lesson?

How do you save and organize all of your favorite websites? How do you plan on saving all the websites and resources you’ll learn about this year during your TEC21 workshops? Will you use your browser’s tool bar, a spreadsheet, a document, create website to serve as your digital toolbox using Google Sites, or some other handy means? Have you ever heard of Diigo? It’s a bookmarking website that enables you to build your library of resources. You can add the diigolet to your toolbar or you can add the Diigo Chrome extension to your Chrome browser. There is also has a social-bookmarking aspect to it where you can join a group like Lutheran Teachers so when you save a website you have the option to add it to the group for everyone else to have access to. If you’re still trying to find a way to organize your sites that suits you best, you might consider creating a Diigo account by giving it a try! 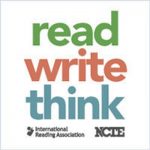 READ WRITE THINK! Providing educators and students access to the highest quality practices and resources in reading and language arts instruction. 20 plus interactives at each grade level! 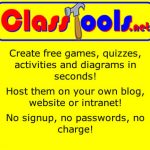 Seesaw is a platform for student engagement. Teachers can empower students to create, reflect, share, and collaborate. Students “show what they know” using photos, videos, drawings, text, PDFs, and links. It’s simple to get student work in one place and share with families, and nothing is shared without teacher approval.

see this too: 20 seesaw ideas with Chromebooks

The ESV Bible app was designed to be the most beautiful and intuitive Bible app available. The app includes free resources such as interactive reading plans, audio streaming, and free access to the ESV Global Study Bible. Read. Dig into the English Standard Version via an elegant interface designed specifically for mobile devices. Quick access to cross-references, split-screen reading, and an innovative reader’s mode make it easy to engage with God’s Word on a deeper level. Study.

Dynamic PE ASAP  The book we all had to buy in college for methods of PE is now basically free on line. Plan your lessons using the authors free site! Hundreds of activities and games and lesson plans done for you; just choose and copy or print. The author of the book, Dynamic Physical Education, we all had for college methods of physical education courses has essentially made the book’s resources and its companion edition of lesson plans, unit plans, and year plans available online for free! I used this book as my PE bible for the 20 years that I taught PE classes. The lessons and plans break down by grade levels – useful from grades K-8.

Epic! is the Leading Digital Library for Kids 12 & Under Instantly access 35,000 of the best books, learning videos, quizzes & more.

READWORKS FREE content, curriculum, and tools to power teaching and learning from Kindergarten to 12th Grade

We believe in the transformative power of a great text, and a great question. That’s why we are committed to keeping CommonLit completely free, forever.

A much more engaging alternative to spending time in Extra math. Student will go here in their free time!

Freckle.com, used to be front row math. but has expanded.Freckle empowers teachers to differentiate instruction across Math, ELA, Social Studies and Science.

For social studies: Docs teach .org shows you how to use Primary sources to teach students with documents from the National Archives.

Tween Tribune My favorite weekly reader site! But I love all that the Smithsonian has to offer! Your tax dollars at work, in a good way. Grade or Lexile level based readings. Lesson plans, discussion guides!  Each weekday, they scour the internet for age-appropriate news stories that will interest students in Grades 1-12, then invite them to take quizzes or post comments. All quiz scores are delivered automatically to teachers. All comments are approved by their teachers. All comments are approved by their teachers before they are published.

For Science classes: Phet…Founded in 2002 by Nobel Laureate Carl Wieman, the PhET Interactive Simulations project at the University of Colorado Boulder creates free interactive math and science simulations. PhET sims are based on extensive education research and engage students through an intuitive, game-like environment where students learn through exploration and discovery.

Is it down? Check at Down for Everyone or Just Me

Talk Like a Pirate Day September 19th is International Pirate Day, but you can engage your learners all year long with pirate activities. Students can learn science, math, geography, history, culture, citizenship, and more by studying famous pirates.

My Web Site- Hope you find the links helpful!

Time and Support for Project Development

1. Digital: Explore further a tool or idea from today’s session. It can be learner-centered, teacher-centered or a combination of both. Come ready to share your experience when we meet again in October!

2. Social: Consider following TEC21 on the social media platforms of your choice. Also, be sure to request to join the TEC21 Educators Group on Facebook. As a result, we will connect, share, inspire, grow, and support one another making our Lutheran schools thrive!

3. Spiritual: Again, with the words connect, share, inspire, grow, and support in mind, encourage a colleague and be a resource to them between now and October’s session.