The Parable of the Good Samaritan Luke 10

29 But he, desiring to justify himself, said to Jesus, “And who is my neighbor?” 30 Jesus replied, “A man was going down from Jerusalem to Jericho, and he fell among robbers, who stripped him and beat him and departed, leaving him half dead. 31 Now by chance apriest was going down that road, and when he saw him he passed by on the other side.32 So likewise a Levite, when he came to the place and saw him, passed by on the other side. 33 But a Samaritan, as he journeyed, came to where he was, and when he saw him, he had compassion. 34 He went to him and bound up his wounds, pouring on oil and wine. Then he set him on his own animal and brought him to an inn and took care of him.35 And the next day he took out two denarii[c] and gave them to the innkeeper, saying, ‘Take care of him, and whatever more you spend, I will repay you when I come back.’36 Which of these three, do you think, proved to be a neighbor to the man who fell among the robbers?” 37 He said, “The one who showed him mercy.” And Jesus said to him, “You go, and do likewise.”

Why does He do it with a story?

Why should our pastor do it with a story?

What should we do with story?

What should we pray about today?

1. The next workshop date is scheduled for Thursday, November 12.

Let’s take some time to reflect on last month’s TEC21 Challenges and share experiences. Share a success, a challenge you experienced or a lesson learned.

Everyone has a story to tell! What’s yours?

“Digital storytelling has emerged as a fundamental, cross-curricular technique that provides structure for both sharing and understanding new information. It has become an essential way of providing information and enhancing education…by making abstract or conceptual content more understandable. In all disciplines, it offers more ways to engage students and enrich learning through the inclusion of digital media that represents, illustrates, and demonstrates. Digital storytelling brings together text, graphics, audio, and video around a chosen theme, often with a specific point of view. Bernard Robin observes that a digital story may be a personal tale, a depiction of a historical event, or simply a way to creatively impart information or provide instruction. In the classroom, they can also foster collaboration when students are able to work in groups, and enhance the student experience through a personal sense of accomplishment (Robin, 2006). The National Council of Teachers of English in 2003, challenged teachers to develop instructional strategies for students to master composing in nonprint media that could include any combination of visual art, motion (video and film), graphics, text, and sound—all of which are frequently written and read in nonlinear fashion (Porter, 2008, p. 11). Included was the process of digital storytelling, where information is conveyed in a way that is more engaging than plain text.”     Strategies for digital communication skills across disciplines: The importance of digital stories (Links to an external site.)

Tell me a story daddy,

The core of religion class and Sunday school,

Kids love to tell stories…. we have to cut them off in class… can I just tell you….

That’s a great story I think you ought to save that:

SeeSaw!, Use Voice typing for Google Docs, Notes app and microphone or Google Keep on iPad or iPhone or Android, Go to the Camera App, Screencastify! With Just Audio- Vocaroo.com,

Writing Your Story: What’s Your Problem?

Every story needs to have a climax. The climax is a problem or challenge that needs to be solved or overcome.  Everything in the story builds towards the climax.

What’s Your Hook?
Your story starts with a mystery or a question that needs to be answered (a “hook”) – relates to the problem or challenge but doesn’t spoil it by giving the answer. Make your audience want to keep watching to see what will happen next.

Building your Story
If you are telling the story of true events, then here is where you will need to dig in and do some research to find the answers to these questions.  If you are creating a fictional story, here is where you need to get creative and think about how you will answer these questions.  Sometimes even fiction stories require a little research to make them seem plausible.

Storyboardthat.com (focus on the story by creating boards to tell the story using this amazing site’s 325 characters, 225 scenes, over 45,000 images in search, plus upload your own photos.)

Engage Your Students with our In-Depth Teacher Guides!

Cube Creator — How to video

Storyboards or story maps, but maybe a Story Table instead. Once you have a storyboard, it’s time to start collecting visual and audio resources.  The first, best option would be to create these yourself, but if you can’t there is a plethora of online resources like this one: Digital Storytelling & Stories by Tracy Watanabe: http://wwwatanabe.blogspot.com/2013/04/digital-storytelling.html

or this one:   Kathy Schrock’s Guide to Digital Storytelling:  http://www.schrockguide.net/digital-storytelling.html

Do it all on the web

Blabbeize an animal to tell the story

How Fast Can you make a video?

Do it with your phone …or their phone

From the Chrome browser:

Use the Screencastify  extension or Sreencastomatic

Headliner is new for doing this for free!  Headliner how to video

Whether students are learning in-person, remotely or in hybrid scenarios, online learning activities are a part of the education process. As educational leaders, we have the extraordinary opportunity to be a positive influence in their lives when it comes to modeling and teaching them about digital citizenship. Common Sense is a nonprofit organization dedicated to provide parents and teachers lessons and resources to teach children in grades K-12 skills and responsible behaviors to thrive in the 21st century. Below are their six core curriculum topics. Check out their website HERE. 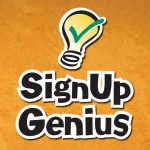 Sign up Genius! A FREE online software tool for volunteer management and event planning. Save time with sign up sheets and schedules for schools, sports … We use it for Parent teacher conferences as well as volunteer sign ups for our events 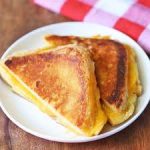 Toasted cheese Is a place for adult writers to get feedback and suggestions, but their writing prompt calendar give you excellent suggested writing prompt you can use with your students. One for every day of the month for the past ten years. So if the one for today is not good for your class pick one from the weekend … or last month… or last year! 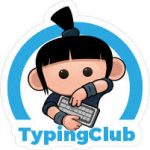 TypingClub is the most effective way to learn how to type. It is web based and highly effective. TypingClub is (and will always be) free for both individuals and schools. Three classes with unlimited number of members are free. .Learn touch typing online using TypingClub’s free typing courses. It includes 650 typing games, typing tests and videos. I have used it for grades 3-8 for years 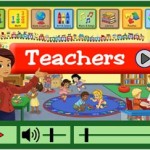 For the little ones ABC Mouse if free for teachers If you start here: ABCMouse 10 levels 850 lessons 9000 activities step by step learning path in reading, math, Language arts, science and social studies, art and colors. 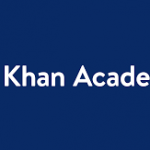 Last month I shared Prodigy, but Kahn academy with its video, practice problems, levels points and teacher dashboard my be the one for you.

Have you ever heard of Genius Hour? Listed below are several resources to help understand what it is all about and why some teachers have been integrating this project-based learning strategy into their classrooms. Jerrita Staehr, one of our workshop facilitators, created all of the necessary assets for TEC21 Teachers to use either for themselves during their TEC21 experience or to make copies and adapt them to use with their students. She’s broken it down into steps and provided wonderful examples and templates. Excellent work, Jerrita, and thank you for sharing this with everyone! Here’s a link to the shared Google folder with all of her resources if you are are interested: Jerrita’s Genius Hour TEC21 Style Resources.

.5 math and science ideas for Halloween

If you’re looking for some Halloween-themed lessons, take a look at the following resources

Build a Jack-O-Lantern with Google Slides

Now with Fall here, it is time to carve a pumpkin into a Jack-O-Lantern!
You can do this with this fun, and educational, Google Slides activity. This is a great way for students to be creative and to work on their writing skills by describing or writing about their Jack-O-Lantern.

.5 math and science ideas for Halloween

.Emoji Rebus stories for Halloween and other times

Anyone who grew up reading Highlights magazine in the dentist waiting room will quickly recognize a rebus. Basically it is a story where some of the words are replaced by images. This can be a fun activity for students, both to create and to read. It may even help with younger students who are not proficient at spelling but can choose the image for the word they want.

Email 101 – And Some Time-saving Tips

We’re all busy. And the new school year can feel exceptionally busy. That’s not an excuse to ignore basic email etiquette like addressing a person by name when sending him or her a message for the first time or for the first time in a while. Here are a few videos that offer good advice and guidelines for using email in a polite manner.

is a fun word game that is a vocabulary version of tetris. In this version instead of shapes you have words that fall from the top. You then need to eliminate words by typing in a word or phrase that best identifies that particular word, without using the actual word in your clue. Google’s AI then tries to guess which word you meant and removes that block, along with any same colored blocks touching it. As the game goes on the falling words become more similar.

This is a fun game to help students expand their vocabulary, while working on selecting precise words and phrases to best define a word.

Dollar Street : How the rest of the world lives!

Kids Health in the classroom … A tough area to find good resources for !

here are some Halloween-themed resources for language arts, science, math, and physical education.

SCHOOL IN ONE ROOM

In rural areas, students of all ages had to learn in a simple room with few resources. Learn how African American and European-American students overcame this challenge and what their school day was like. Experience a historic civics lesson, practice penmanship, and compare and contrast modern school supplies with their historic counterparts.

Why do people leave everything they know with only a few possessions to start a new life in Wisconsin?  Historical and contemporary immigration stories, connected to the WHS 4th grade textbook, unpack this question.  Students will explore an immigrant trunk, work in a team to create their own trunk, and engage with a cultural craft.

STEM ON THE FARM

Midwest farms, past and present, rely on a wide variety of scientific methods in engineering, technology, and mechanics to be successful.  Discover 19th century STEM through observing a historical machine in action, testing out simple machines, and using code to train oxen.