1. The next workshop date is scheduled for Thursday, February 20.

1. In September, we shared ways in which TEC21 facilitators and teachers connect online to further build and strengthen their professional learning networks. With the start of the second semester, what a great time to reflect on the benefits of being able to gather together for these monthly sessions to be equipped, encouraged, and supported. We hope the relationships that are being built will continue to be a blessing to your teaching ministry for many years to come! #LutheranSchoolsThrive

Facebook Group: Engage with TEC21 Educators going all the way back to “Season 1” to ask questions and share ideas to support one another (We’ll be taking a much closer look at his one today as this is how we provide support to you outside of our face-to-face sessions!)

Pinterest: Follow TEC21’s collaborative board and we’ll invite you to pin along with hundreds of other teaches on the shared board! If you don’t receive an invitation, be sure to let one of the facilitators know so we can add you as a collaborator.

3. Have you made any New Year’s Professional Growth Resolutions? They might come in handy for “Celebration Day” in May. Share with the group or the person next to you. Maybe you can become an accountability partner with someone to help each other meet your goal. Do you remember the working definitions for short- and long-term goals we shared with you back in September?

1. Explore the educational value of teacher- and student-centered collaboration.

2. Create a learning activity using collaborative tools and resources to enrich an upcoming lesson or unit you will be teaching.

3. Identify a digital tool, a teaching strategy, or learning activity to share with another teacher when you return to your school. 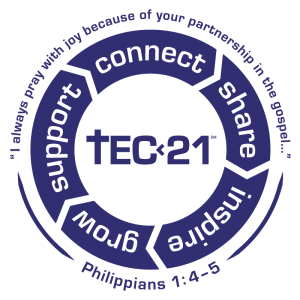 Today, let’s do something incredibly fascinating. Let’s have all 169 TEC21 teachers (+ the TEC21 Facilitators) in our 26 cohorts this year engage in three collaborative learning activities! Our hope is that through these experiences, each of us will leave here today encouraged and inspired to try something new or different with our students!

Collaborative Activity #3 – Contribute your favorites to a TEC21 group Padlet

What kinds of possibilities do they provide for student learning? For student collaboration?

Even more projects to collaborate with another classroom…

What aspects of digital citizenship need to be addressed when students are collaborating on projects with one another?

How to Use the New Creative Commons Chrome Extension

Copyright and fair use

You want to “sell” your idea in a creative and interesting way. Think about this as a commercial for your idea that unveils your genius plan! You will have 1-2 minutes.

Your presentation may be formatted in one of the following ways: 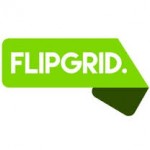 Hi everyone! This is Brent Dieckhoff, the director of TEC21. My students are pre-service teachers attending Concordia University, Nebraska, and I was recently teaching them the value of being a connected educator. I created a Flipgrid hoping to get teachers to respond to my students, but when I posted it in early December I believe my timing wasn’t good. If you feel led and would be so inclined, I would really appreciate it if you would leave a video response. It would mean the world to them if “real” teachers would share any tips, advice or words of affirmation as they prepare to step foot into their very first classrooms – https://flipgrid.com/4399f13d. Thank you for being a spark in their lives!

Inspirograph     Just fun or what?

35 Permission slip templates. — Why reinvent the wheel someone else has written it for you!

Add Interactive Annotations to Images With a New Classtools Tool

Type with your voice

A group of resources for Brain Breaks in you class besides Go Noodle!

Inspire! We are each other’s BEST resources 🙂

1. Engage your students in a collaborative learning activity to enrich a lesson or unit. You might even consider teaming with another teacher on your faculty or one from anywhere around the world.

2. Post to the TEC21 Educators Group on Facebook. It can be a comment, an answer to someone’s question, a resource, or a picture of you and your students engaging in a collaborative learning activity.

3. Be a resource for one of your colleagues at your school by sharing a digital tool, a teaching strategy, or learning activity.

4. Registration for the TEC21 Workshop Program for the 2020/2021 school year opened on January 2, 2020. Please encourage a fellow teacher to join us next year! Share with them the value of connecting with other teachers serving in Lutheran schools and the impact it’s having on you and your students. Thank you for supporting our mission and vision and being an ambassador for TEC21! #TEC21lcms #LutheranSchoolsThrive #LuthEd